Last Sunday, Amy and I went to Indique for lunch. WOW!! What a deal. $8-9 for an entree with soup or salad, rice, naan and a side of daal. It was probably one of the best deals we have ever had in a meal.

This wasn't the first time Amy and I had been to Indique. The first time we went was the the week it opened. Before it opened, we noticed the sign posted on the building at the top of the escalator to the Cleveland Park Metro. "Coming soon, another location of Bombay Bistro." Amy and I looked at each other...NOOOO WAY! We both knew of Bombay Bistro from our days living out in Gaithersburg. Bombay Bistro is said by many to be one of the top Indian restaurants in Maryland, so of course we were excited to see a new location opening around the corner from us. As time went on, the name of the restaurant changed from Bombay Bistro to Indique.

The name explains the restaurant perfectly -- Unique Indian food. Indique had a martini menu:Something that I'm not used to seeing at an Indian restaurant. The appetizers are especially unique. One worth mentioning...Calamari Ullarthiyathe (Translation -- fresh calamari shallots, ginger, hot pepper, mustard seeds, tomatoes and a ton of Indian spices).

Sunday, sitting to our right, was an entire Indian family...On our left, an Indian mother and daughter. One thing we have always noticed is a judge of a good Indian restaurant is how many Indian people actually eat there. Each of the people at the table to the right ordered a Mimi Oothapam as an appetizer. They looked really good. Next time we go, we'll probably each order one. Oothapam are pancakes made with lentils and rice and they come with a variety of spicy chutneys.

For entrees, you have the usual items on the menu that you find at Indian restaurants. However, you will find that they pack about twice the flavor into them as other places. As usual I order curries like chicken tikka masala, although on this last trip, I ordered the Kabob Indique. It has two kabobs - one lamb and one chicken. Honestly, I kind of wished I had ordered one of my usual dishes. The kabobs were good, but I just love a good Indian curry.

Like other Indian restaurants, dessert is not the highlight of the menu.  I can't remember the last time I ate dessert after eating Indian. Honestly though, who has the room in their stomach?

Sadly, we just can seem to catch a break with the service at Indique. Each time we have been there, the service is slow and we find ourselves waiting for a while for our food to come. Even Sunday, when the restaurant wasn't really crowded, the service was slow. We have definityly seen improvement each time we have been to Indique, but it is the one thing that keeps me from just outright declaring it Lord of All Indian Restaurants in DC.

Another drawback to Indique is how crowded it usually is. This Sunday was the first time we have been there and not had to wait a while for a table. Since it is by the Uptown Theater, there is always a wait. I would definitely plan ahead and make reservations if you can. It's not the type of restaurant that you can call the same night and make a reservation.

As far as dress is concerned, Indique is casual. Jeans are common, but I also have seem people get a little dressed up. Basically, I would just wear what makes you comfy.

As I said earlier, Indique has great value on their menu. The fact that their entrees come with rice and daal is definitely a plus (unlike Heritage India that charges you for rice). Be careful though, ordering of the drink menu can quickly raise your bill. The wine list is reasonable with a large variety of wines in a large range of prices.

I did not take any pictures of the food, but I took a bunch of pictures of the restaurant. The restaurant makes you feel like you are actually in India. Ever seen "The Man Who Knew to Much"? I also love restaurants that have an open kitchen where you can see how clean it is. Wave "hi" to the cook at you go upstairs to your table. 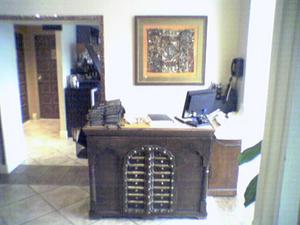 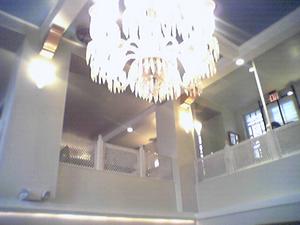 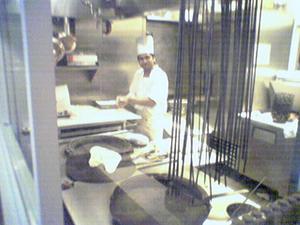