Before I begin, DCFoodies.com would like to congratulate Samantha Cummings, winner of our Savor trivia raffle! We got a great response with over 100 entries, just about half of whom responded with the correct answer, California Common. Samantha's entry was picked at random from amongst all the correct responses. Thank you all for playing! 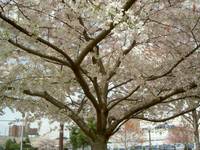 In 1912 the mayor of Tokyo made a gift to our fair city of 3,000  Japanese Cherry Trees, initiating a local love affair with the trees' annual blossoms for which this town, after corruption and humidity, is most well known. In time with the flowers' height, DC hosts a surfeit of Japanese cultural events, including bonsai displays, kabuki theater, productions of The Mikado (because few people know that Gilbert and Sullivan were born in Okinawa), and the like. I don't know about you, but thoughts of Japan immediately turn my mind to that most esoteric of beverages, sake. This unfortunate drink is oft misunderstood and mischaracterized, relegated to the bottom of wine shop shelves and abused by many a sushi joints' microwave. In point of fact, sake is a fantastic beverage as diverse in style and as nuanced as any wine, and as significant a cultural touchstone as any product of Japanese art.

The most prevalent misunderstanding as regards sake is its characterization as "rice wine," which is an egregious misnomer. Unlike wine, whose base ingredient is possessed of enough simple sugar to allow easy fermentation, sake's main ingredient, rice, needs be broken down by outside agents before it may be set upon by yeast. In this, sake is actually a much closer relation to beer, though where the grain that makes the base of our favorite brews needs only a simple malting (or, partial germination), sake rice requires a further helping hand.

For fermentation to occur in any circumstance, simple sugar must be present. Where barley and other beer making starch bases are rich in enzymes which aid in breaking down the complex sugars, rice grains are not so pliable. Legend has it that in olden times, entire Japanese villages would gather together near feast days and chew copious amounts of rice and other grains, which they would then spit into large tubs left open to the elements — though they could not have known why, the hypothetical Nipponese primitives had discovered that the chewing action plus saliva and air equaled a kick-ass harvest celebration! In fact, the enzymes in human saliva are some of the most powerful in the animal kingdom, and the villagers' expectorate was interacting with wild yeast in the air to make alcohol! So, it is said, sake was born. (Neat, huh?)

Contemporary producers, of course, are far more gracious when it comes to making sake: they use mold. The wonder spore, when placed in the presence of rice, heat, and water, will begin to break down the starch into dextrose, upon which the yeast is free to act. 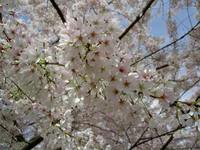 The other major inaccuracy harming sake's reputation is the misconception that it is always served hot. In fact, heating sake serves the same purpose that spawned mulled wine and food seasoning — that is, to transform something nasty into something consumable. Before and during World War II, the Japanese were experiencing shortages even greater than those on our own home-front. In the interest of keeping their troops fed and the populous well supplied, sake breweries began adulterating their product with copious amounts of grain alcohol. As the amount of "sake" was often trebled in this process, the result came to be known as "triple sake."  Though this innovative beverage might have been good for the bottom line, it was not exactly palatable, and in order to cover up the foul odor of straight booze, Japanese drinkers would heat the "sake" to the point where it didn't smell like much at all! While triple sake is not easily found on these shores, a low grade, partially augmented product known as futsushu, or "ordinary sake," is legion, and also requires some double-boiler action before it may be choked down.

Most quality sake is made from just four ingredients: rice, water, mold, and yeast. These sakes, called junmai, take on an array of unique flavor characteristics derived from production method, minerals in the water, type of rice and so forth. As such, in order to get the most out of a junmai's ample bouquet, it is best served between slightly cold and room temperature. 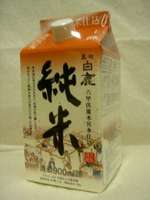 Junmais may run from intensely sweet to mouth puckeringly dry, and flavors cover the spectrum from berries to grains, vanilla to pepper. Prices vary depending on method and quality, but just as with wine, price does not dictate your level of enjoyment. Also, though sake has not the body to stand up to, say, a porterhouse, food pairing options go far beyond the tuna roll.

Look for more on sake down the road. In the meantime, for the novice seeking an intro to sake without a huge initial investment, I suggest picking up a carton of Kuromatsu Hakushika Junmai. Though a bit off-putting in it's 900ml carton, this sake is one of the best I've found for the price, being widely available for less than $15! Chill the carton to near ice cold, then sip the sake as it warms up and evolves, expressing notes of rice pudding, vanilla and umami. Oh, and feel free to invite some friends — I mean, no one can be expected to drink 900ml of sake alone on his first try.

So what do I do with that bottle of pear saki that someone gave me....should I drink it warm? Put it in a dessert maybe? I know little about saki and could use some expert input.

Which one is that, Lyra? Momokawa Moonstone Asian Pear, the domestic one in the blue bottle? If so, I think it would be most palatable as a mixer, honestly. In and of itself it's a little cloying and doesn't taste much like sake. Shaken up with a little vodka and umeshu (plum wine), lychee juice, or yuzu wine, though, I'm sure it could be quite tasty. That's the only pear flavored sake I've come across, but let me know if yours is something different.