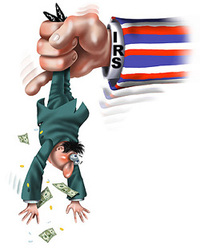 Heard around the DC Foodies blogosphere this week...The Tax Man cometh to settle the score with Murky Coffee-Capital Hill. D.C. Wire reports that Murky's assets, including stainless steal espresso machines, a counter dishwasher, and bags of coffee will be auctioned off with bids starting at $10,000. If there is little interest in buying the lot, the tax office may sell off items individually.

You can hov peruse the items next Tuesday from 10:30am to 2:30pm. Ironically, that's tax day. In closing, Elvis left the building whilst the Fat Lady sang. DC Foodies promises not to mention Murky again...for at least another week.

In last Sunday's Washington Post Magazine section, food critic Tom Sietsema tackled the topic of auditory overload which is a problem that resonates with many restaurant patrons-particularly the hearing impaired. In his article "No Appetite for Noise", Sietsema attributes the growing problem to architectural and design trends, including high ceilings, marble surfaces, and lack of tablecloths. Sietsema measured the decibel level at several restaurants. While normal conversation is around 60 decibels, he was not surprised to find levels as high as 90 decibels at Bistro du Coin.

To find out more about which restaurants may stimulate your ears more than your palette, you can listen to Tom being interviewed on NPR. The interview was conducted at Brasserie Beck.

"Guests who pay to sit at the chef's table in the Inn kitchen are ushered in by the maitre d'. "As you may know, Patrick O'Connell has been called the pope of American haute cuisine," he intones, before throwing open a set of double doors. Gregorian chants float through the cathedral-ceilinged kitchen, and in front of them stands a man, dressed in ceremonial robes, swinging a thurible of smoking incense. As he steps aside, the guests glimpse O'Connell, standing erect, head down. Behind him a line of cooks stands motionless in black jackets and the Inn's trademark Dalmatian-spotted chef pants inspired by O'Connell's dogs. For a long moment, nobody moves. Then, O'Connell steps forward to greet the guests. Only then does the kitchen swing back into action."

Mmmkay. Moving right along with WBRU...

Apples and Bananas reported this week that "Mango Madness" is coming to Washington D.C. As part of their "Mango Madness" special, Rasika in Penn Quarter has developed a special menu featuring dishes such as Puffed Rice and Raw Mango Chaat.

Cookthink, an excellent local website and blog, noticed that while we are anxiously awaiting berries this spring (because, clearly we have been stuck in a yet unknown Circle of Hell where spring is simply an illusion) apples are abundant and they provide a collection of interesting recipes using them. Apple Snow in a champagne glass sounds like a great way to end a meal.

Last, just in time for the weekend, here's a delicious Challah French Toast from You Gonna Eat All That?. Barbara gives a simple recipe for this French toast, which is topped off with powdered sugar. How bad could that be? Yum.

Guess my wife and I were on the same wavelength with Barbara at YGEAT - we also made Challah French Toast, though we bought the challah instead of making it. We used a recipe for 'double cinnamon' french toast, and it was delicious!

It's a shame to see Murky closed for good, though steadily increasing prices at a cash-only establishment were probably a warning sign. Thankfully, we've seen a slew of new independent coffee places open on the Hill - Port City Java, Ebeneezer's, Sidamo, and the new coffee-and-wine-bar Sova are all relatively new favorites in my book.

hey, thanks for including my French toast in your roundup!

Thanks for the mention! It's hard to go wrong with a good mango story.