The First Summers of Spring

With the weather warming, the nights shortening and the flowers in bloom, a young man's fancy lightly turns to thoughts of beer.  Yes, spring is here, and as such, so are your domestic brewers' annual summer releases.

As odd as the previous statement may sound, take a look at your favorite bar's draught selection and see if this is not the case. Brewers are perennially ahead of the curve, with their Oktoberfest beers released in late August, winter beers before the Solstice, spring beers amidst the February frosts, and summer ales in early spring. Whatever the reason for the premature release, eager beer drinkers should presently rejoice, as most brewers' summer beers are some of the most eminently drinkable of the year!

Though there are certainly several still in the pipes, many of the nation's finest summer beers have started appearing on shelves and tap lines. Here are my impressions of the this year's batch of early summer releases thus far. 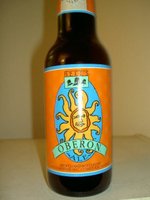 Relative newcomer to the DC area, Bell's brewery of Kalamazoo, MI, has made a giant splash in the last two years with its amazing collection of ales, stouts, and lagers. Though the whole line is almost invariably great, arguably the brand's most successful ale is its summer release, the Oberon. This American wheat ale is an opaque yellow-orange in color, with a good deal of foam to the head. The nose is all citrus and wheat, leading to a very full body flavored of cloves, orange, yeast, and a bit of hops, with a slight sweetness on the finish uncharacteristic of the brewery's typical offerings. This one is a crowd pleaser, and though it weighs in at a relatively hefty 5.8% abv, it is surprisingly easy to drink. In recognition of this brew's popularity, its release has been extended and may now be enjoyed clear through the month of October. 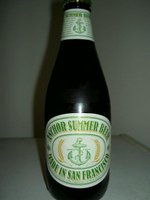 From one of America's first microbreweries comes the Anchor Summer, a crisp, filtered wheat ale, first produced in 1984. Where the Oberon is thick and orange, the Anchor is lucid and golden, with the nose a subtle combination of grainy citrus and loam. A slight limey/skunky character asserts itself on the palate, giving way to a surprisingly neutral mid palate and a bracing, almost off-putting dry finish. A bit of a disappointment given the brewery's amazingly flavorful steam lager, this beer is best served ice cold around the barbecue, and would likely be well replaced by a German or Czech Pilsener in this capacity. 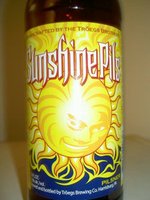 Based in Harrisburg, PA, Troegs, founded by brothers Chris and John Trogner in 1997, has been providing the greater Mid-Atlantic area with its unique line of ales and lagers for nearly a decade. Troegs' addition to the summer beer pantheon is the uniquely labeled Sunshine Pils, a German style Pilsener made with a healthy dose of American hops. In appearance this beer is almost indiscernible from Miller Lite: pale straw yellow, with a very meager head. The nose gives the faintest whiff of dry hops and malt, with a slightly grassy note. The beer hits your front palate with a sharp hoppy note carried by firm carbonation, followed by a slightly green and floral finish. In spite of, or perhaps because of its watery, almost "light beer" body, I could see this beer as an ideal outdoor "session" drink for the newbie and beer dork alike. Though not nearly as interesting as some of the beers on this list the Sunshine is well made, and at 5.3% abv, accidentally plowing through a sixer by the pool won't leave you unfit for work the next day.

Because there remains yet a good amount of Sam Adams' perpetually mediocre spring released White Ale still in distributor warehouses, this beer can't technically be called "on the market": that said, a few bars have seen fit to start pouring this summer classic just the same. Yet another American wheat ale, the Sam Summer is somewhere between the Oberon and Anchor in appearance: hazy, but not opaque, with a hue of yellow ocher. The nose makes evident the various spices used in the ale's brewing, delivering ample lemon with a bright peppery edge courtesy of the much touted "grains of paradise" used in its brewing. Bright fruit mingles with the spice on the palate, with a touch of hops bringing the whole affair into balance on the finish. The Sam Summer is a well done medium-bodied summer beer, and in my opinion, the best of Sam Adams' annual releases, year in, year out. 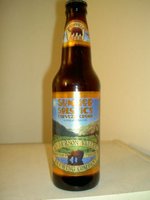 Founded in northern California as a simple brewpub, Anderson Valley is now one of the nation's most widely distributed producers of handcrafted ales, each recognizable for its depiction of the infamous Boonville Beer. This all-malt cream ale pours a dense but clear dark reddish-brown with a full two-finger head. The nose is redolent of berries and orange with slightly malty overtones. On the palate this beer is almost pure Creamsicle: orange and vanilla mingle on a palate as smooth as silk. Combine this with a slightly honeyed but dry finish and you get one of the most decadent, yet drinkable, beers of the season.

We toured the Anchor Brewing Company two summers ago while on vacation in San Francisco. It was a lot of fun and I love their beer...especially their barleywine, Old Foghorn. I was disappointed to read the review you gave the Summer Brew. On the flip side, my mouth is watering to try the Anderson Valley Summer Solstice.