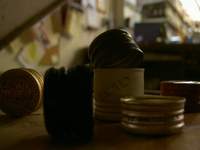 Consider the screw cap. As far as enclosures go, this little lid has twisted its way into common usage more than any other, so far to the extent that most people rarely go through a day without encountering one. From bottled water to shampoo to extra virgin olive oil, the little bugger is everywhere, and the singular "scrrccck" of capsule separation has become a subconscious signal as familiar as laughter or a sigh. The convenience cannot be denied: where once satisfaction required the use of a tool, instant gratification is available at the turn of a wrist. What better metaphor characterizes contemporary western culture?

I don't mean to sound glib; while there is much to speak against the postmodern culture of "NOW," the screw cap is indeed a wonder of 20th century engineering, and its convenience cannot be discounted. That said, many in the world of wine view the enclosure with ample skepticism. I am daily nonplussed by the number of customers who balk at the suggestion of a screw cap wine; even those staying at local hotels have been known to eschew the convenience for the sake of... Tradition? Prejudice? Who can say?

Critics have been debating Cork v. Stelvin (as the wine screw cap has been more palatably branded) for a number of years. On the one side you have the "If It Ain't Broke, Don't Fix It" camp, which clings firmly to the belief that natural cork works just fine, thank you, and that no other seal allows wine to age as intended. The Screwheads, on the other hand, suggest that there is no evidence to support their opponents' theories, and that, besides, most wine these days isn't meant to be aged in the first place. Each argument has its credence, but to my mind the convenience, preservation, and sanitation inherent in the Stelvin enclosure make it far superior in most contexts and undeserving of the pervasive stigma.

The first point, convenience, is a no brainer: where cork requires the use of a very specific and otherwise useless tool for its extraction, removing a screw cap requires naught but the least bit of physical effort. On top of this, the Stelvin is a boon to the physically handicapped and the arthritic, for whom using even the most ergonomic corkscrew may prove an impossible chore. While some make the specious argument that wines under Stelvin will not age properly, none may deny that in the short term they are unmatched for preservation. Cork is a material of tremendous elasticity, and as it dries it is prone to shrinkage, which, as I am sure you can surmise, does not bode well for the wine it keeps in place. As such, wine bottles that are stored for any length of time are best kept on their sides, thus ensuring that the cork remains sufficiently moist. Screw cap wines, being kept under an airtight seal, require no such precautions and may be stored in any position for any reasonable length of time without ill effect. Also, even under the best of storage conditions, a wine of youthful character will suffer the slow death of oxidation through cork's microscopic pores; wines under Stelvin, while by no means immortal, will retain their youth a great deal longer.

Finally, the notion of sanitation should be obvious to anyone who has ever purchased a "corked" bottle of wine. For the uninitiated, I offer this scenario:

Imagine you are on a third date, and things are going really well. You and your special friend have just seen that new Judd Apatow movie (no, not that one; that was last week!), and feeling amorous and hungry, you proceed to your place for a little late night wine and cheese [raises eyebrows suggestively]. Upon arrival you bust out that sexy cutting board you picked up at Williams-Sonoma, decked out with an ample spread of brie, prosciutto, and the like. And now, the vino; a 2002 Chassagne-Montrachet, very nice... but so pricey! Amidst idle but suggestive conversation you pull and inspect the cork (no fool you!), and find it to be satisfactory. You pour your friend a healthy dollop (...maybe just a little bit more there...), and gaze longingly into his/her eyes, imagining years of love and lots of little babies, as he/she raises the glass to his/her lips... !!!

That could have been your soulmate, and now it's all over thanks to cork taint...

Okay, well, that may have been a tad melodramatic, but it is a fact that cork has ruined many a great bottle of wine. The real culprit is a compound known as TCA, a nasty little molecule most commonly born of fungi living on the cork prior to bottling. In the best of circumstances the contaminated wine will be limp, lifeless and dull; in the worst, it will taste like a copy of the Post left beneath the porch over the winter. Depending on who you ask, the estimates on TCA's pervasiveness range from as little as 1% to as much as 15% of all bottles of wine under cork; speaking from experience, I can assure you that the reality is much closer to the latter number. The screw cap's greatest gift is that it is exponentially less likely to harbor the rank substance. The feeling of having a much anticipated wine taste of mold and wet cardboard is one I've known far too often, and it is anything but pleasant; that anyone would risk it for reasons of propriety or superficial aesthetics is a mystery to me.

Suffice it to say I am not alone in my feelings about cork taint, and as such international sentiment towards the screw cap has become increasingly positive over the last decade. Though once only found on the likes of Thunderbird and Night Train, thanks to forward thinking winemakers around the world screw caps now cover wines of every type, price, and color. Here are a few of the most commonly available of my favorites: 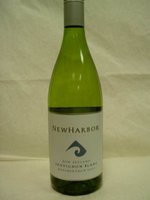 New Harbor Sauvignon Blanc 2007 (New Zealand)
(About $13 — Widely available)
The Kiwis have latched onto the screw cap like no other people, and as a result over 90% of New Zealand's production is now bottled under Stelvin. The 2007 New Harbor Sauvignon Blanc is typically New Zealand in this, and every other respect. The nose is full of lychee and pine, giving way to a light and fruity palate punctuated by high acidity and a white pepper finish. This is wine is quintessential of the country's style and is well executed — you are unlikely to find as well produced and correct a wine for twice the price. 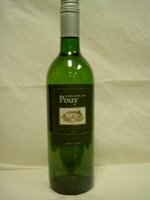 Domaine de Pouy Vin de Pays des Cotes de Gascogne 2006 (France)
(About $9 — Very common locally)
An old standby in local importer Robert Kacher's vast portfolio, the producers of Domaine de Pouy have wisely decided to go Stelvin this year. This 60% Ugni Blanc, 40% Colombard from the southwest of France has an attractive straw gold color atypical of the blend. The nose is pleasantly light and citrusy, with a subtle floral note in the subtext. On the palate this wine is surprisingly lush and crisp, offering up unobtrusive herbs amongst the melon fruit. This wine has always been a fantastic summer sipper, and is all the better now thanks to its more logical enclosure. Bonny Doon Le Cigare Volant 2004 (USA)
(About $32 — Widely available)
The first Californian winery to really get behind the screw cap, Bonny Doon has been making a splash with its esoteric wines and innovative marketing for over 20 years. The Cigare Volant is this all-Stelvin winery's send up to Chateauneuf-du-Pape, the greatest wine of the Rhone Valley, France. A blend of some five grapes including Grenache, Syrah and Mourvedre, the wine shows a light purple in the glass, offering up a pretty nose of herbs and dark plum. The Cigare is all vibrant red berry and smoke on the palate, and all in all surprisingly balanced, if perhaps just a bit too tannic on the finish. This wine is a fantastic candidate for the drinker who wants to test out the ageability of screw cap wines in his own cellar.

Maybe I just don't know a corked wine when I taste one, but I have yet to have a corked-screw-cap bottle of wine. One of my favorites is the A. Mano Puglia Primitivo that 2 Amys turned me on to a long time ago. It's a complex, yet inexpensive red with flavors like a zin that can be found as cheap as $9 a bottle depending on where you shop.

That's what is great about screw caps: barring some sort of winery-wide infection, TCA contamination is almost impossible. I guess artificial corks have a similar track record, but they have problems of their own.

Amano is great, and I was pleased when they went to screw cap last year. If you like the red, give the white a shot. This unique and unusually affordable blend of Fiano and Greco di Tufo is very lush and round, but as crisp and fruity as any NZ Sauvignon Blanc.

Yes, I have had the white and I find it to have a little too much fruit for my taste but at the price point you really can't go wrong.

This is a question more than a comment. I have been wondering if bottles sealed with a Stelvin screwcap are BETTER stored upright, keeping the wine out of contact with the metal. Or does it not a make difference how the bottle is positioned?