Wine Not: Beer and Cheese Pairing at Sova Tomorrow 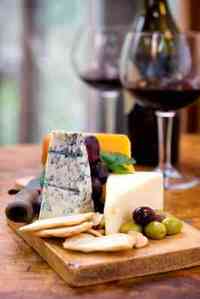 When it comes to cheese pairings, most of us automatically reach for wine.  It's hard to deny the complementary effects that wine and cheese have on each other, and the idea is reinforced throughout the media.

But wine is not the only adult beverage that can be paired with cheese, and the folks at Sova Espresso & Wine are hosting an event tomorrow evening that will demonstrate just how well beer and cheese can go together.  They will be pairing five distinctly different cheeses with five complementary beers as part of the Atlas District's First Thursday celebration on H Street, NE on Oct 2nd.

The event will run from 7 to 9 PM, and it costs $25 per person.  The tasting is being conducted by Jessica Wurwarg, a teacher at that cheese-lover's Mecca, Artisanal.  I had a chance to speak with Jessica, and she informed me that beer and cheese pairing events are a growing trend that can be attributed to the natural relationship that exists between the two fermented products.  "While wine and cheese can be either super-delicious together or the other extreme, beer and cheese are more easy-going."

Unlike wine and cheese pairings, which are often chosen for their contrasting yet complementary flavors, beers are most often paired with cheeses that offer similar characteristics.  The effervescence of the beer can cut through the fat in the cheese to allow a greater appreciation of its flavors - hence the need for a beer that won't clash with the cheese.  An example is the pairing of a sharp cheddar cheese with a crisp IPA - a situation where both are dry and tight on the tongue.

Wurwarg warned that the main thing to keep in mind when pairing beer and cheese is to seek balance - don't let a heavy beer like a porter overpower a lighter, milder cheese.  The hardest pairings, she said, were for cheeses with complex flavors - washed-rinds and blues are particularly difficult to pair, but guests can expect one such pairing at Thursday's event.  Other likely pairings include a lighter goat cheese with a fruitier Belgian beer and a sheep's milk cheese paired with an amber ale.

First Thursdays are an opportunity for the bars, restaurants and entertainment venues of the Atlas District to showcase their own interpretations of specific themes.  This month - surprise, surprise - the theme is Oktoberfest, which inspired Sova owner Frank Hankins to put together this beer and cheese event.  Other venues' offerings include German specials and 'traditional Oktoberfest clothing' at Granville Moore's, a Beer & Brat special at the Argonaut, $3 Harpoon Oktoberfest beer at the Red and the Black, and $1 wursts (while they last) at the H Street Martini Lounge.  These evenings occur monthly, and each month brings a new theme.  Although this end of H Street is not served by the Metro, there is ample parking in the surrounding neighborhood.  But if you're coming for a beer tasting, you might consider picking up a cab at Union Station or riding the X2 bus line to avoid the need to drive home. 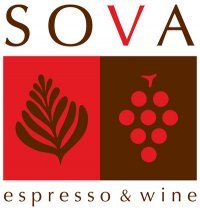 Sova has been open on H Street since the end of last year, and Hankins has been slowly but steadily developing it into exactly the kind of place he first envisioned.  A relaxed neighborhood coffeeshop serving quality Intelligentsia coffee and espresso on the ground floor shares space upstairs with a laid-back wine bar featuring ten or twelve wines by the glass that go beyond the usual cabernet, pinot noir, and sauvignon blanc.  His latest addition is a range of gourmet panini and salads.  Sova is located at 1359 H Street, NE.

I have been enjoying the little Babybel cheeses with IPAs recently. Longhammer or Sierra Nevada are fine for it.

Cheer and beer pairing, I never heard and had a try. It sounds delicious. Let me to have a try.