Restaurant Week Updates: Have You Made Your Reservations Yet? - DCFoodies.com

Restaurant Week Updates: Have You Made Your Reservations Yet? 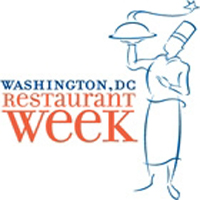 With ten days to go before the start of Restaurant Week (February 16th), many of the participating restaurants are publicizing their menus, with the caveat that menus can change based on the availability of ingredients.

But some of the most sought-after establishments have made it clear that they won't be able to publish their menus until after Valentine's Day, at which point they will serve more as coming attractions for those who already have reservations than as enticements for those who were thinking about checking them out.

And that's really the classic conflict that we all face as we approach Restaurant Week.  Do we lock in the most in-demand reservations early, hoping that we don't end up with menu options that leave us underwhelmed?  Or do we go with places that announce their menus as soon as the dates are up, foregoing the risk in favor of something we can count on?

We've been busy gathering menus over the past week - and we want to thank those of you who have helped by posting comments at our original post letting us know what you've found.

If you haven't already done so, we would highly recommend you think about making reservations soon.  And if your top choices haven't posted their menus yet, look back through our archives to see what they've offered in the past.  It's usually a good indication of how they'll play things this time around.

We're really pleased to see how many restaurants are extending their deals - some have started already, and others will be stretching Restaurant Week all the way through the end of the month.  So if you can't get your coveted reservation during the official week, you may still be able to take advantage the week after.

New Updates this week include:

And there's more on the way!