Last Saturday I made my way to the Arlington Farmers Market, intent on finding some indication that Spring was around the corner.  However, the chill in the air and the sparse amount of produce were a huge reminder that although Spring may have arrived on the calendars, it's still not evident in DC.  There were the now familiar bins of tubers (sweet, Yukon and new), the onions (both yellow and red) and of course the many, many apples that are staples of Winter.  This, I thought to myself, was not turning out to be a successful Spring rejuvenation market trip.  I resigned myself to this fact and instead decided to make a good hearty beef roast (and hopefully for the last time this season) for the upcoming (and what turned out to be rainy) week. 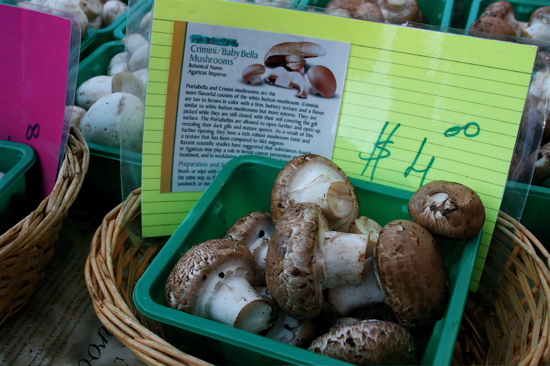 My first stop was the Mother Earth Organic Mushroom stand, where there was a sea of criminis, portabellas, shiitakes and white button mushrooms all competing for my attention.  I will freely admit I adore mushrooms:  their earthy taste, their woodsy smell and their almost meaty texture.  I shamelessly add mushrooms to dishes that usually don't call for them (I even made a mushroom gelato once before...we won't discuss the end result).  But I knew the flavors of crimini mushrooms would complement the beef for my roast, so I picked up a container.  While I was at the stand, I asked when morels would start showing up at the market and I was told within the next few weeks.  The lady at the stand laughed and said I was the tenth person that had asked her about morels this morning.  "I think we're all just anxiously awaiting the Spring crops," I said.  Her response? "Forget the crops, I want the Spring weather.  You try standing out in the cold for four and five hours at a time!"  I laughed and thanked her for my mushrooms and kept going. 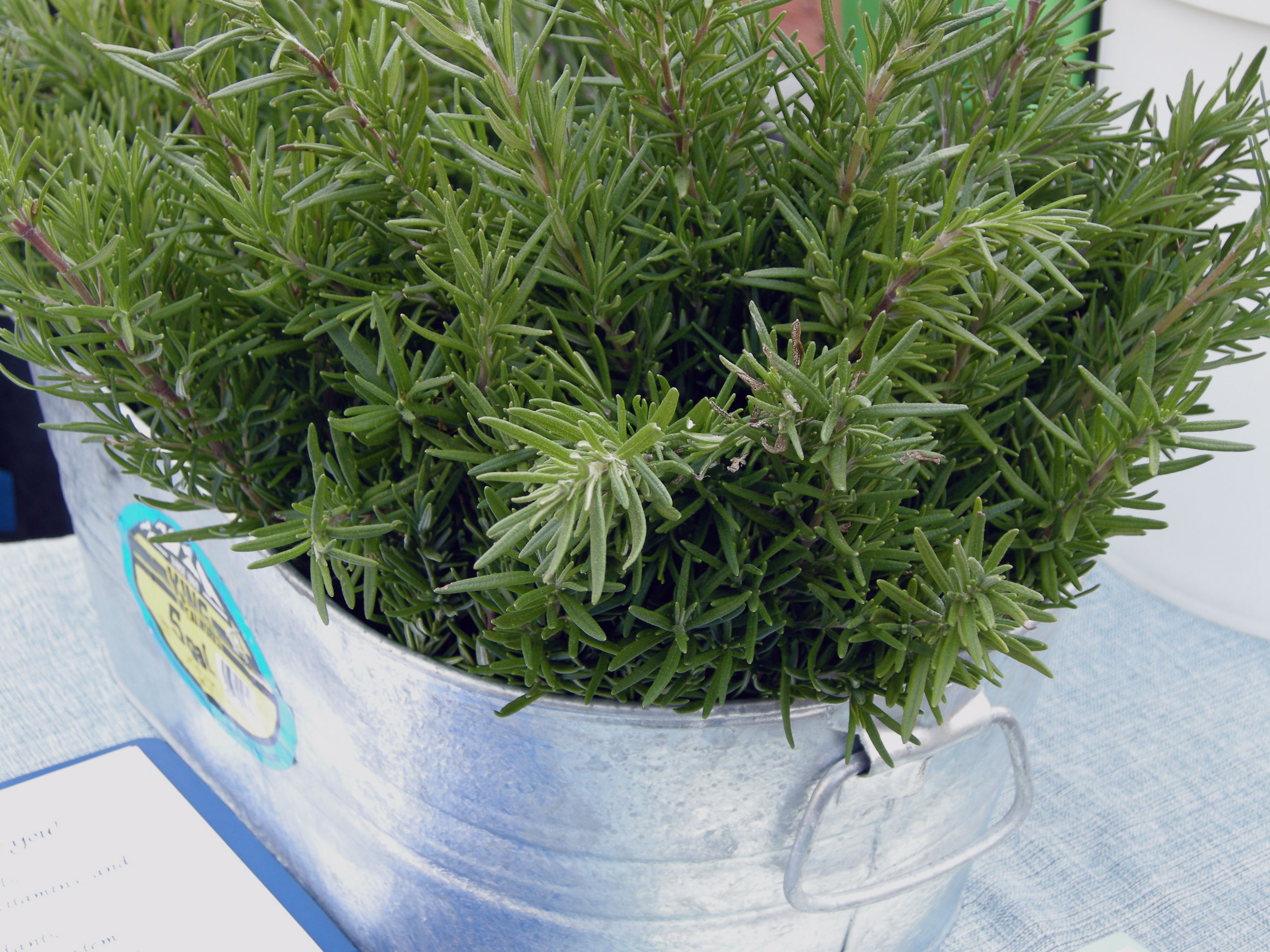 I continued down the parking lot, in search of other ingredients for my roast.  I happened along a small stand with no sign on it.  Curious, I walked over to see what they were selling and was pleasantly surprised to find a small selection of herbs.  A young couple was operating the stand, while trying to stay warm with giant cups of coffee.  I asked them about their farming methods and was told during the Winter months, they grow their herbs in a greenhouse using a chemical free method.  Although not certified organic, they strictly adhere to organic farming practices but have yet to take the steps to become certified.  I picked up a sleeve of rosemary and the herb's lush aroma instantly hit my nose.  I happily paid for the rosemary, caught up in the haze of sniffing the fragrant leaves.  So much so, I forgot to ask the vendor's names.

I figured I needed some vegetables to round out the beef roast, so I headed over to the Potomac Vegetable Farms stand to root through the bins.  As I was selecting my onions, an older couple came up to the potato bin beside me.  "So how many potatoes will we need," the older woman asked as she picked through the pile.  "Well, I think we'll need at least three pounds to make a decent potato salad," he responded, shaking his head.  "I'm still not sure why they're insisting on having a cook out; it's too cold to be standing outside cooking meat."  I laughed quietly to myself and the lady turned to me and said "It's his kin and he's asking why they're crazy enough to be eating outside when it's cold."  That pretty much sums up all of DC's mood right now: ready for Spring, even if Mother Nature isn't.  I got two large onions and four parsnips for the stew, adament that I would not be using potatoes for yet another week.

My final stop for the day was, of course, for beef at Eco Friendly Foods.  In case you haven't been to Eco Friendly Foods lately, I feel it is my civic duty to inform you they now sells bacon...and it's delicious.  The bacon is straight from their humanely raised pigs and cured at a neighboring farm (the curing method involves only salt, brown sugar and water and absolutely no nitrates).  The difference between store bought bacon and Eco Friendly Foods' bacon is astounding to say the least.  Not only does the bacon cook up crispier than store bought, the flavors are uncluttered and pure pork goodness.  The hint of brown sugar adds a smoky depth to the bacon without leaving a sweet taste in your mouth.  It's quite frankly a bacon lover's dream.  I happily snapped up a package of their bacon along with a lovely chuck roast for my beef roast. 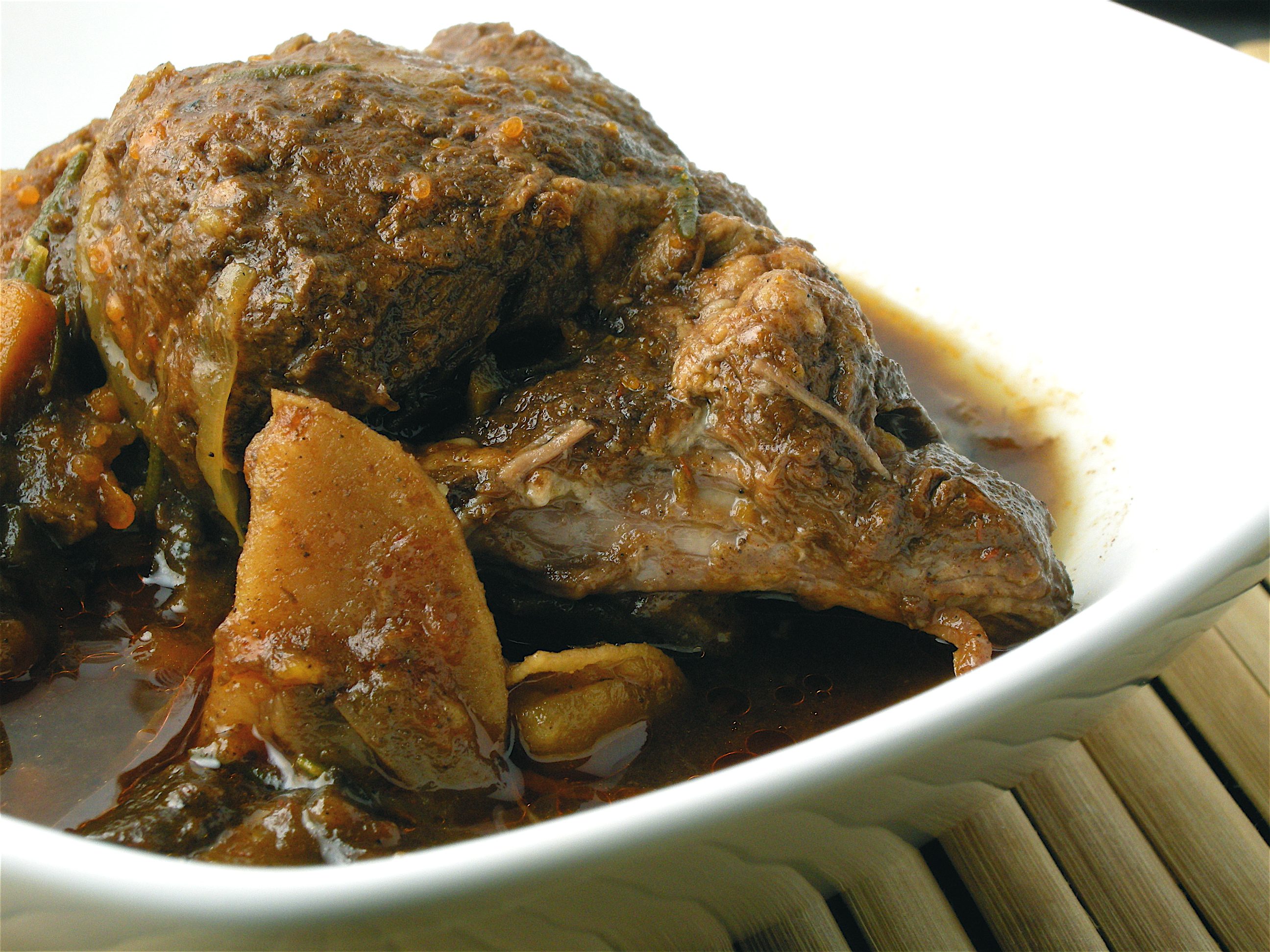 Sprinkle the chuck roast with salt and pepper.  In a large Dutch oven, heat the olive oil over medium high heat.  Add the beef, allowing it to brown on each side before removing it from the pot.  Add the onions and carrots, allowing them to cook for about four minutes.  Make sure to scrape the brown bits from the bottom of the pot and stir them into the onions.  Add the wine and allow it to come to a boil.  Add the beef stock, tomato paste, vinegar and honey and allow the liquids to boil together for about 30 seconds.  Add the mushrooms and the spices and then return the beef to the pot.  Allow the mixture to come to a boil and then remove it from the heat.  Cover with the lid and place the Dutch oven in the stove.  Roast the beef for 3 hours, turning it halfway through the cooking time.

Posted at 11:42 AM in Arlington, Farmers Markets, Recipes | Permalink | Comments (3)

Thanks for posting about the bacon at EcoFriendly. I saw the bacon at the Dupont market on Sunday-maybe next week I'll pull the trigger and buy it!

Rosemary is the key here. It's such a strong herb and it really makes the whole stew wake up with flavor. Love it.