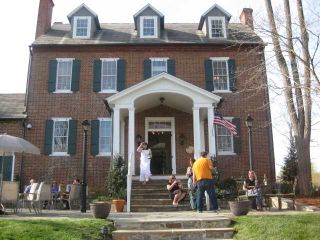 The Virginia wine boom has seen vineyards creep closer and closer to DC in these past couple of decades. Though we've yet to see a winery open up in Fairfax (Sorry, Springfield Estate is actually in South Africa), as of 2006 the fine wine of the USA's fifth largest-producing state is made a mere 40 miles from the Capitol. On our way down to Charlottesville last month, Eliza and I made a quick detour off 66 to check it out.

When Chris Pearmund (owner of the nearby and well establish Pearmund Cellars) looked for an vineyard site in Prince William County, he wanted something special. He found it in the La Grange Manor, a 20 acre estate centered around a three-and-a-half story red brick house built in the 1790s. With vineyards just recently planted and not yet mature, the winery now produces a wide selection of wines made from grapes purchased from local vineyards. 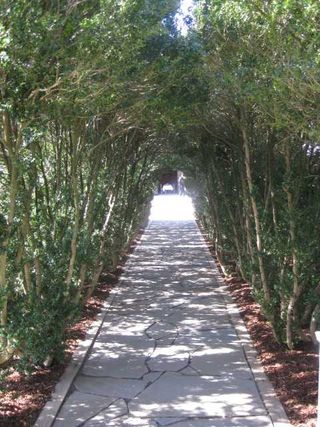 The estate itself is beautiful to behold. Set off a small road in the middle of brush land and farm country, the hill-set house cuts a stately figure, surrounded by tall boxwoods, which form a fetching trellis arching over the house's back porch. Great pains were made to restore the interior in a historically accurate fashion, based on scant evidence gleaned from some early twentieth-century photographs, giving the ground floor tasting area an old-world, turn of the century feel. To the right of the front door, horseshoed around a brick and white-paneled fireplace is a modern, tile covered tasting bar — we sidled up to take in our options.

La Grange offers two tasting programs, one featuring eight of their whites and reds, the other the full range of 12, for a reasonable five and eight dollars respectively. Curious about the high-end "Snort," a Portuguese style fortified wine, we opted for the whole run.

The first few years of operating a winery and developing a style can be tough, so it was not a great surprise that La Grange's offerings were rather hit or miss. In the win column is the 2007 Pinot Gris ($19.00) — an unusual varietal for the area — which was pleasingly dry and citrusy, with good body and impressive acidity. The 2008 Cuvee Blanc ($19.00) made a pleasing, off-dry quaff, and we picked up a bottle to enjoy on our balcony. Impressive too was the 2006 Norton ($19.00), which was well balanced, spicy, and gamey, just as a good Norton should be. Also nice were the 2006 Merlot ($21.00), with its soft tannins and plummy, tobacco accented nose, and the 2006 Meritage ($25.00), which, though tannic, should show well after a few years in the cellar. 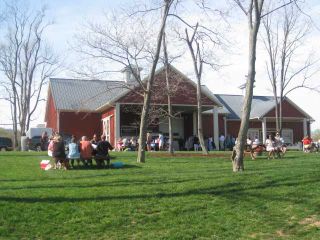 File under "not so hot" the 2007 Rose of Merlot ($16.00), which was kinda limp for want of acid. The aforementioned 2007 Snort ($29.00) was a bit of a disappointment, bearing more residual sugar than its meager tannins could handle. Worst of all was the 2007 Cabernet Franc ($19.00), which the winemaker's notes describe as "A medium bodied wine with strong cherry and toasted almond aromas." In fact, the cherry flavor was so strong as to approach that of a Luden's cough drop, and the almond flavor was overwhelming, crossing over to the realm of artificial extract. Though I thought the wine undrinkable, I couldn't fault La Grange for false advertising. 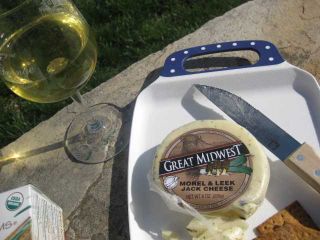 After running the line and thanking our bartender, we proceeded to the retail counter, where purchased a couple glasses of white and a hunk of cheese, and then retired to environs. We snagged a couple Adirondack chairs near a huge outdoor stone fireplace, and looked out over a vineyard of young Cabernet Sauvignon vines. The cheese was excellent, the view lovely, and the musical stylings of Blondie and Journey — courtesy of a wedding reception at the winemaking facility above — gave the whole experience a pleasant air of the surreal. Though the wines may be a bit pricey and variable, La Grange is a fine place to spend a sunny spring afternoon, and well worth the hour's drive.

My friend's saying: "Virginia wines: They're not sobad."

I went to La Grange on Saturday and was not impressed with their wines they were serving. Previous years were much better. They use a lot of stainless steel and the wines have that metal taste. The Snort is the only one I would suggest. I also went to Pearmund, and they were much better!

the wine servers were incredibly rude. Too bad, because the wine is wonderful and the area is beautiful.