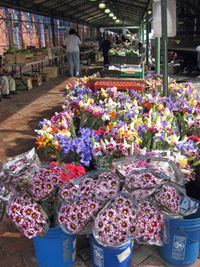 Heard around the DC Foodies blogosphere this week...the Going out Gurus blog reported that Roberta Donna has signed a lease to open Galileo III in the old Butterfield 9 space. Donna has tapped Paolo Buffa as chef de cuisine, while the oft embattled chef will be omnipresent in "his house". Once again as with Bebo, Donna is a sentimental favorite, and foodies will rally in his corner and await good things to come. "I look forward to a rebirth of Roberto's original idea", opined Mark Slater (now gracing Ray's the Steaks) on Don Rockwell.

This week, Capital Spice gave readers an inside look into the renovated Eastern Market, which is scheduled to reopen on June 26th. Improvements abound, with skylights, accommodating bathrooms and air conditioning. History is also preserved, with walls brought back to the original color, described as "a shade of peach or pink".

Young & Hungry's blog announce the 50 Best Restaurants in D.C. Void of rank and stars (or sporks, Capital domes, obelisks etc.), Tim Carmen has compiled a list for the local foodie, not the occasional tourist, with restaurants such as Taqueria National, Spice Xing and Rustico. White tablecloth restaurants are also included, such as Teatro Goldini, but as Carmen refreshingly confesses "Good food is the reason I choose a place. Well, no, that’s a lie. I’m a critic. I go to tons of places that suck, but good food is the reason I choose to send you to a place."

Stilton cheese was featured in Cheese & Champagne's blog this week. Referred to as "the grand dame of blue cheese" and as having a "regal quality about it", C&C offers a punch list of facts on Stilton, including that there are only 6 dairies in the world licensed to make Blue Stilton cheese. As for the taste? C&C notes that it's a strong blue cheese with smoky flavor. Also, try pairing it with a Sauterne vs. the usual Port wine.

Finally, let's end with some mouthwatering food made by talented local bloggers. Buy a bunch of local rhubarb and make this Strawberry Rhubarb Shortcake from Pete Bakes. How about Coconut Chocolate Almond Macaroons from Adventures in Shaw? Heck, just go to the sites to drool at the photos!

(Psst -- don't sound like such a newbie. Most of these traditional regional events are called Bull and Oyster Roasts.)