Home Archives About Facebook Twitter Instagram
My First Koshu; or, Rob has a Thing for Asians.
D.C. Beer Bars: Birreria Paradiso - The first and the best 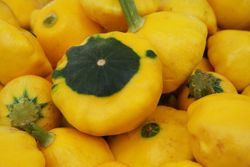 Heard around the DC Foodies blogosphere this week...by now, most of you know that Teddy Folkman will not be The Next Food Network Star. That’s ok, you can still enjoy his cooking at The Capital Lounge. Now, we have more area chefs to root for in another reality TV cooking show - Top Chef Las Vegas. Bryan Voltaggio of Volt in Frederick, MD, will be joining the TC cast for season 6, which premieres August 26th. Mike Isabella from Zaytinya will also be representing DC, and Jesse Sandlin (Abercrombie Fine Foods) will be hailing from Baltimore, MD. Adding heat to the competition will be Votaggio’s brother, Michael, who is Chef de Cuisine at The Bazaar by Jose Andres in Los Angeles.

Looking for a delectable hamburger besides Ray’s Hell Burger? Michael Landrum, the self-proclaimed improprietor himself, suggested that you try the burgers at Palena, Central and Vidalia while waiting for the lines to die down at his presidentially-graced establishment (perhaps when hell freezes over?). Joining the burger buzz this week was Spider Kelly’s in Clarendon, which is churning out their 100% beef burgers for half-price on Tuesdays. Don Rockwell noted, “stopped in last night for a half-price 100% Beef Burger (now $8, discounted to $4 on Tuesday nights, cheddar $1, bacon $2, (condiments not discounted), (grilled onions and mushrooms free), and I thought it was one heck of a burger for $7. I agree with mdt that the fries are some of the best I’ve had in a long time...” If you’re in a stay-at-home-mood, try Landrum’s suggestion to “ fire up the Weber, pulse some 50-50 Chuck-Sirloin blend in the Cuisinart, and then spend the time waiting sipping on some Rolling Rocks”. Sounds good to me.

This week, Todd Kliman of the Washingtonian twittered while dining at J&G Steakhouse on opening night. The Jean-Georges Vongertichten restaurant in the W Washington, DC Hotel opened last Wednesday to a hip and eager crowd. Most notable from Todd’s tweets were “ interesting wines by the glass, especially the whites”, and “ you can go through the entire meal without even considering a steak”. The food critic and prolific writer’s initial impressions were overall favorable, but he pondered in conclusion “The question is, what will J&G be like in 3 months, when the reviews are out and some of the staff goes back to NY?.”
Congratulations to Clay and Zach of The Bitten Word for being featured this week in the Washington Post’s Wednesday Food section. The WaPo highlighted canning/preserving, and those among us who do it well. For the piece, the duo made Cucumber Gazpacho with Grilled Parmesan Croutons, using tomatoes that they canned over a long and laborious weekend. A lot of work and mess? Yes. Will they do it again? Absolutely.
The Arugula Files also wrote about preserving this week. Inspired by the recently released movie, Food, Inc., TAF was determined to show “that evil monolith known by some as “Big Food” who is boss in her kitchen. Honest Blueberry Jam was made from hand-picked blueberries and made on top of her stove. TAF provided a simple recipe and method for canning local summer berries.
Finally, Best Bites Blog accompanied Chef Barry Koslow (Tallulah) to Arlington’s Courthouse Farmers Market, where Koslow gave suggestion on how to use garlic scapes and cook collard greens. You can watch the video for more pointers, and check out the blog post for Koslow’s recipes for Bread and Butter Pickles and Grilled Rattatoille.

Thanks for the shout out!