The past fifty years have not been kind to tequila. Formerly the honest, artisanal product of proud distillers in central Mexico, tequila is now widely considered little more than a frat drink, a cheap and effective instigator of bad decisions and worse hangovers. But what Pepe Lopez and Jose Cuervo bring to the party is decidedly not real tequila — indeed, a lot of what goes into these and others of their ilk is straight fermented sugar, or essentially, industrial-grade alcohol.

Real tequila, made from 100% agave and in the traditional method, is more than just a shooter. Oh, and sure, your higher-grade mass-market brands like Patron, Milagro, Corazon and the like are fine, but still not all that interesting. It's rare in this town to come across a truly interesting selection of tequilas, which is why I was shocked when I wandered into New Heights in Woodly Park and saw a bottle of Don Fulano. 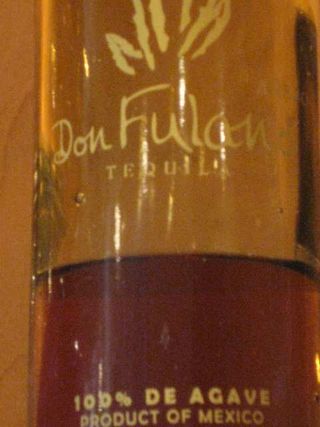 For every geek, there is a revelatory moment, when a thing that had once been a minor interest promises so much more. Handel's Messiah, or The Velvet Underground's Pale Blue Eyes have no doubt turned many a dabbler down the path of the music nerd. As for literature, Ulysses and Gravity's Rainbow have opened up the minds of millions of readers, exposing them to a completely new understanding of the medium. Don Fulano worked similar magic on my 23 year old mind when I tried it long ago at my old place of business. Up until then, the best liquor I'd ever had was Seagram's VO, and I couldn't even down a shot of Mexican courage without gagging. Sipping the Fulano was revelatory; where I expected simple, it was complex; where I expected burning, it was smooth. I wish I could have had more, but the stuff was over $150 a bottle, and soon dropped out of the market.

Of course, time is a tricky bastard, and rarely is anything as good as we remember. Regardless, when I saw that familiar, long gone bottle behind the bar at New Heights, I was elated, and excitedly engaged the bartender in conversation. 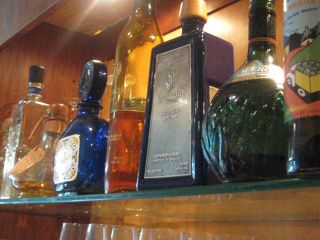 Apparently, bar manager Jason Robey was once the distributor of this and other tequilas in the DC market, and continues to stock several, at great effort and expense, from sources on the west coast. Many of Jason's tequilas will be unfamiliar to most, so he's developed a great little flight to make it easy on ya. Everyday, New Heights will pour up three samples of their more esoteric tequilas — including Chinaco, Los Azulejos, and Don Fulano Anejo — for $40, which is a good $20 less than what you would pay ala cart. As a bonus, Jason serves this up with his own house-made sangrita, a traditional blend of tomatoes, citrus juice, onion, adobo, and other spices, served with a salted rim. When sipped after fine tequila, sangrita serves to both cleanse the palate and enhance the flavors of the liquor.

While I couldn't guarantee that these, or indeed any tequila would provide you with the epiphany I experienced way back when, if real, fine tequila interests you at all, you are not likely to find a better deal in town.

Great shout out for New Heights. We live nearby and try to make it to the bar at least once a week.

I'd recommend just going and whether you have tequila or anything else, just trust your bartender after you tell him a few things about what you like.

Oh, and if you are a gin person, like me, this place is paradise!

Oh, and the sangrita is to die for.