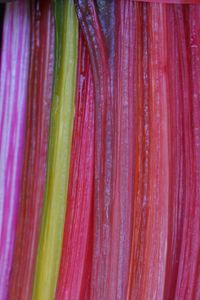 Heard around the DC Foodies blogoshere this week...Fall in DC will bring a windfall of new restaurants in the area. Metrocurean has put together a list of several promising additions to our dining scene. Among them are Masa 14, Birch & Barley and ChurchKey, all set to open on 14th St. Chef Eric Ziebold is expected to open Sou"Wester, which will feature a Southern-inspired menu. For more mouth-watering details, go to Nine Noteworthy Fall Openings.

Speaking of Birch & Barley and ChurchKey, Dining in DC reported that Kyle Bailey was appointed as the Executive Chef this week. Bailey, a CIA graduate, has worked in NYC, where he received notable praise. His new menu will include fresh pastas and wood-fired flatbreads, and a focus on local ingredients. For more on the menu concepts and offerings, and much more on the latest happenings in and around DC, check out DiDC's full post here.

Capital Spice has the scoop on the new White House Farmers Market. From President Obama's lips to the team at FreshFarm Market's ears, this effort quickly gained traction and will come to fruition on Thursday. The location on Vermont Avenue (map here) will feature 19 producers (so far) and will be open from 3 p.m.-7 p.m on Thursdays (in season). To see a full list of producers at this new market, check out Announcing the Producers at FreshFarm's White House Market.

From Komi to Marvin reviewed Bastille this week. The French (or Pan-French as FKtM noted) restaurant in North Old Town got dings for its location; next to train tracks, a coal plant and furniture store. The cuisine fared a bit better, with an appetizer of shrimp and calamari begneits that was big in portion, but a bit light on seafood. The fois gras flan was a small piece of fois, burnt on one side and served with a caramelized blueberry sauce. A piece of goat cheese cheesecake ended the meal on a higher note, but in comparison to the same dessert at 2941, FKtM described Bastille's rendition as "lackluster".

Finally, let's see what local food bloggers have been cooking up. Hungry Yet? made a savory Goat Cheese and Leek Galette using locally-produced and sold Moutoux Orchard flour. The Arugula Files gave a send-off-salute to summer with Corn Quesadillas.

One more thing before I forget! Congratulations to The Food Scribe's April Fulton for being featured as a locavore at the Silver Spring farmers market, as part of a segment on WJLA TV. Check out her blog for a link to the video.