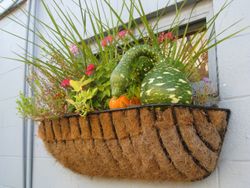 If champagne is more your style, you'll be happy to know that Veuve Clicquot will be pouring freely at Topaz Bar. Sip away as you get a Tarot card reading at their Yelloween Celebration.

For more on Kimpton dates and events, check out THG's post here.

The District Domestic's Chef of the Week is Rachel Harriman, Chef de Cuisine at Sou'wester. Harriman noted that when she does get to cook at home, she prefers to make a pasta dish and believes a rubber spatula is a "must have" kitchen gadget. She's not a fan of the anti-griddle, which aligns with the Chicago Tribune's take on "10 Worst Dining Trends".

Young & Hungry gave readers a peak inside Birch & Barley this week. Beer lovers take note; there are 50 taps, 5 casks and 500 bottled beers from which to choose. Where to begin? A Troeg's Hopback Amber or a Weyerbacher Imperial Pumkin Ale perhaps.

Onto the food at Birch & Barley, ReadysetDC reported that the menu offers homemade flatbreads, and dishes such as Honey Glazed Duck Breast. Upstairs at ChurchKey, a separate menu includes fresh, pressed, roasted and fried plates describes as "American Fare".

Have POTUS's aides been smuggling Pete's Apizza into the White House? DCist reported that President Obama highly recommended Pete's, in fact, he believes "that everybody go there". Obama mentioned this in a speech he gave which highlighted lending initiatives for small business, which Pete's co-owner, Joel Mehr, is a benefactor. Also noted by DCist is a plan to open a second Pete's location, perhaps in Clarendon.

For fall food ideas, check out Hungry Yet?'s Roasted Butternut Squash Salad with an Apple Cider Vinaigrette and Pumpkin Cinnamon Rolls. Flour Girl's Ciderrific Donuts are a terrific way to start the weekend with a cup of coffee, while The Bitten Word's Steak au Poivre with Balsamic Reduction is a hearty and satisfying option for dinner.