The holidays are upon us, folks -- so Merry Christmas, Happy Hanukkah, Super Solstice and Kick-ass Kwanzaa to one and all! With the holidays come certain annual traditions: some bad, like those soul crushing Garmin commercials, and some good, like seasonal beer! All the usual suspects are back this year; Delirium Noel and Sierra Celebration are great as always, and the Sam Adams Winter Classics 12 Pack contains the same fun bunch it always has. Over the course of my travels this past few weeks, I've come across some new and lesser known holiday big boys (well, at least I'd never seen them before), that I thought might strike a cord with the festive yuletide wassailing crowd. Got a stocking that still needs stuffing? Here are a few of the highlights! 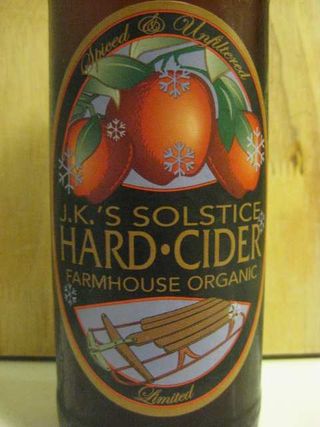 The J.K.'s Scrumpy, made from organic apples at the Almar Orchard in Michigan, has always been a favorite of mine, thanks to its great balance of sweetness and acidity. The Solstice is Almar's winterized edition, infusing the classic with the flavors of maple syrup, vanilla and cinnamon.This cider pours an opaque golden brown, and displays a hint of maple and spice on the nose. Tangy apple fruit dominates the front of the palate, with a mild sweetness accented by the additional cinnamon. The vanilla comes into play on the finish, rounding out the natural acidity, making the Solstice smooth, buttery and full. Fantastic cold, but also great served warm. 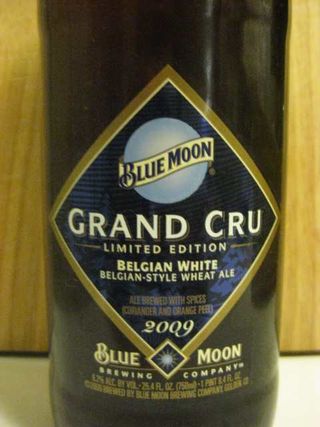 Apparently New Year's Eve 2010 will coincide with a blue moon (ie, a second full moon in the calendar month), a very rare event, indeed. In honor of this momentous occasion -- which will not occur again until 2028 -- Coor's has released the Blue Moon Grand Cru, a special edition spiced Witbier, flavored with coriander and orange zest. This beer pours a hazy yellow brown with white bits in suspension. Lots of lemon, orange and mild yeast come through on the nose, along with just a hint of spice. More citrus notes persist on the front of the palate, proceeding to a pleasantly creamy, medium bodied, mildly sweet middle. The finish is surprisingly dry and lingering, leaving persistent flavors of bread dough, orange, and earth. Though flavorful and balanced, this beer is not nearly as potent as its Belgian cousins, making it a great gift for those just breaking into Belgian-style beers. 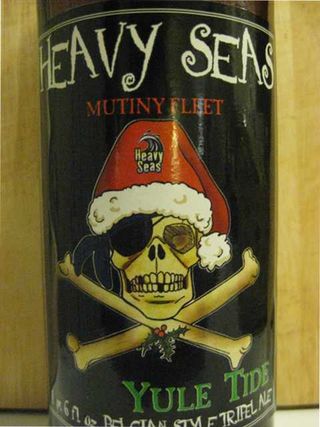 Baltimore based Clipper City always gets top points for their clever packaging, and definitely gets credit for running with the pirate theme before it was a meme. The Yule Tide pours a hazy yellow-gold with a short, off white head. The nose is big, featuring raisins, butterscotch, bready yeast and brown sugar. Lots of candied fruit feature in the attack, along with cloves, honey, and cinnamon, and the beer finishes with the pleasant flavors of molasses, dried leaves, and old red wine. Though kitschy on the surface, this is a serious beer, and might turn off the novice. But, if you've got a son who is an IT nerd and a bit of a beer geek to boot? Jackpot! 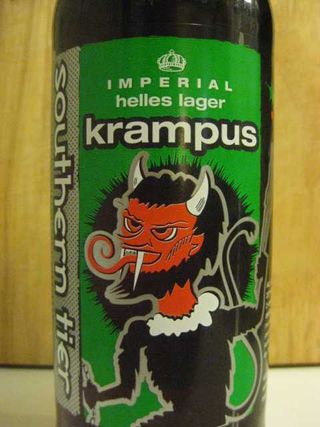 In Scandanavian lore, Santa Claus has a shadow, the Krampus, who would follow the jolly old elf, beating naughty children with chains and sticks. Sounds awesome, no? Well, so is this big Pils from Southern Tier. The Krampus pours a pretty russet brown, with a short, light head. A slightly hoppy and malty nose leads on to more hops and roasted grain on the front. Over time the beer evolves, expressing notes of banana, honey, and cherry. On the finish this beer is surprisingly dry, and lingers long with notes of orange juice, green hops and spice. This beer is big for a pilsner, but also more approachable than most Christmas beers. A great pick for those that appreciate cool, ironic packaging and a dry, hoppy, heavy beer.

Anyone know if the Grand Cru is for sale in the vicinity of Arlington/Alexandria or Sterling?