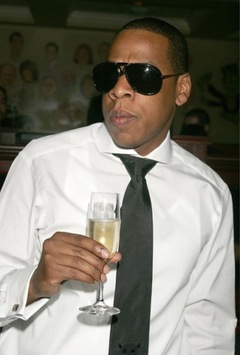 "Cristal Forever, play the crib when it's mink weather."

When Jay-Z penned that way back in the mid 90's it felt like the truth, and sounded like a damn good plan, especially on New Year's Eve. Fast-forward a decade or so and the economy is in the toilet, Mr. Carter has declared war on the brand he made big, and nobody is buying Champagne. The boom years are over for the world's finest sparklers, and the fourth-quarter '09 has been so bad that many importers are sending the stuff back to France, to make room in their warehouses. After expanding vineyard sites, upping production and jacking up prices, the Champenoise are feeling the bitter bite of hubris this winter, and who's to say if and when they'll rebound?

But passing New Year's without the bubbly would be like celebrating without the ball in Times Square, or the increasingly awkward Dick Clark. So what are people popping these days to let the good times roll? Spanish Cava, like the ubiquitous Freixenet, and Italian Proseccos are a dime a dozen, and many can be had for less than 10 bucks. Unfortunately, many of these are on the insipid side, and often have an unpleasant cardboardy finish, not to mention the wicked hangover they leave you with the next day. No, for my money, French is still the way to go, and one of my all-time favorites, Saint-Meyland Brut, can still be had for a song. 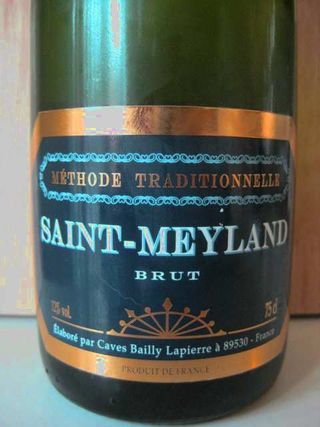 Made by Caves de Musigny in the region of Bourgogne, Saint-Meyland has most of the pedigree of it's high end cousins, without the price tag. Like Champagne, this wine relies heavily on Chardonnay and Pinot Noir grapes, and it is fermented in the same manner, using the methode traditionnelle. All bubbles are not created equal, and it is generally accepted that those attained by the Champagne method wherein the second fermentation occurs in the bottle, are by far the most long lasting and pleasant. Also, that second dose of yeast in the bottle imparts toasty, bready flavors to the wine, which are much harder to achieve through other means.

The upshot? Saint-Meyland comes pretty damn close to the good stuff. After popping, the wine pours a pretty lemon yellow with golden highlights. Toasty pear notes dominate the nose, with mild notes of quince and apple sauce. More apple flavors accent the attack, which is carried by a fine mousse of tingly, well-formed bubbles. Bready yeast, cider, and black pepper lead the middle to a dry, lemony, herbaceous finish.


I picked up my bottle at Connecticut Avenue Wine and Spirits for $12.99, but it should be pretty readily available at most of your better local retailers. If you're looking for a last minute selection that won't break the bank, keep an eye out for this bright blue label. To end a year where even ballers aren't partying like ballers, Saint-Meylandis super appropriate. Drink up, and Happy New Year!