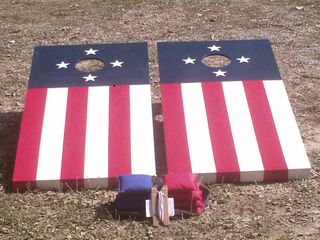 Am I the only person who has noticed the number of Ohioan transplants in this area? In a city where it sometimes seems like no one is a native, you'd think it would be kinda hard for any particular region to standout; but somehow, a disproportionate number of the people I've met here over the past 9 years have hailed from exotic locales like Springfield, Canton, and Wooster (a homonym with our properly spelled east coast "Worcester"). Though their ways are odd and a little disturbing, they are a proud people, and their native sport of "Cornhole" is a lot more fun than it sounds.

With all that grain kicking around, they also make some damned fine beer. The latest bit of Buckeye culture to reach the DC area is Great Lakes Brewing Company, whose beers started gracing our shelves late last month. Cleveland based GLBC was founded in 1988 by brothers Daniel and Patrick Conway, bringing brewing back to a city that had once been a hotbed, before that whole pesky Prohibition thing. In addition to a renowned brewpub and a pretty progressive environmental policy, GLBC boasts a sizable number of beers in their portfolio. A friend of mine bummed me a few sample bottles of three of these beers, which I ever so reluctantly sampled and reviewed. 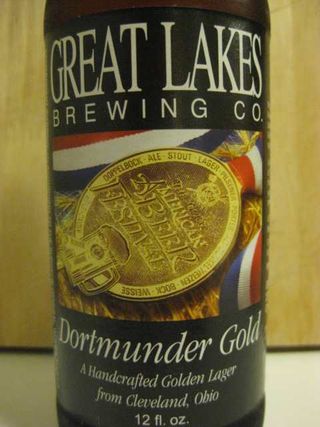 Appearance: Very pretty burnished gold, with a light off-white head and some lacing
Aroma: Subtle notes of bread, caramel, and a hint of hops.
Flavor: Very Floral on the front, with a mild bitter hop character. Light fruit flavors of apricots and pears develop on the midpalate. Surprisingly full bodied for a lager, with a creamy finish.

Appearance: Light golden yellow, with short white head and some lacing.
Aroma: Corn oil, nuts, and dry hops, with a note of grapefruit.
Flavor: Quite a bit of honey sweetness on the front, balanced with bitter hops. Full bodied and oily, with a lengthy bitter, slightly nutty finish.

All in all, this isn't a terribly exciting or innovative collection of beers, but I don't think that is necessarily a bad thing. Sure, your Southern Tiers and your Rouges are a great deal more cutting edge, but nothing they make is quite so eminently drinkable as these. I definitely see the Dortmunder working into my regular rotation, and I will certainly keep an eye out for GLBC's other locally available offerings, the Burning River Pale Ale, and the no doubt Gordon Lightfoot endorsed Edmund Fitzgerald Porter ("Get Wrecked on the Edmund Fitzgerald?" C'Mon!).

Despite the recent release, Great Lakes is widely available -- you can pick it up at Schneider's of Capitol Hill, Connecticut Ave Wine and Spirits, D'Vines,  Magruder's and Cairo Liquors, amongst others, for around $9.99 / six pack.

As a Clevelander, I was so happy to see Great Lakes make it to D.C. It warms my heart and gives me a taste of home. I don't know about "cutting edge" but it's pretty darn good beer.

Totally agree and just in time for getting snowed in!

YOurs truly, A Cleveland native who once lived in Massachusetts and knows the Maryland city, also.

Ack, how embarrassing. Now fixed. Thanks Arnold, and sorry to any Worcesterianites out there.