Last winter (sigh...remember then?), my household was treated to my weekly experiments in bread-baking...not just the end results, but the wonderful aroma and the blissful heat emanating from a 475° oven.

No can do now.  Forgive me a little whining about the heat, but I'm not genetically built for this climate and I have no idea how people lived in pre-A/C DC .  Now, the thought of turning on the oven or the stove (or even running the dishwasher**) inspires a hearty, "Hell no!"

We who love to create in the kitchen still have a lot of options though that (a) don't require heat, (b) take advantage of summer produce and (c) are incredibly healthy.  In the coming weeks, I'll share some ideas I rely on for when it's too hot to cook.  (Indoors, that is.  Drew will still have you covered on the grill side of things.)

The following is one of my go-to, summertime, "eff this DC heat" recipes:  Bean Salad. I really hate to call it that, though, because it brings to mind the old picnic standby of 3 bean salad, fresh from the can.  Gross.

My version is based on the following simple ingredients:  beans, vegetables, fruits, seasonings.  It's inspired by Mark Bittman's Kitchen Express and his 101 Series from the New York Times (truly, the man is a god), whose philosophy is that you really learn how to cook after you throw away the recipes and start experimenting.  So use whatever you have that might work and however much of it you'd like.  Taste frequently and ask yourself, "What's missing?  What does this need?"  You'll know when to stop.

Depending on what you add, this can be either a main dish or a simple side.  At the minimum, however, use one bean, two veg, one fruit and a cilantro/lime/S&P seasoning mix.

I start with 2 cans black beans, rinsed and drained, as a base.  Use whichever beans you like. Fresh corn, 2 or 3 ears.  Remove the husks and silk, chop off the stalks, stand the ears in a shallow bowl (a pho bowl is perfect) and shave off the kernels with a sharp knife.

Onion:  dice one medium or large red or yellow.  Or slice a bunch of scallions or a few shallots.

Sweet peppers?  Sure, why not, dice one up.  When I have them, I use red, orange or yellow, purely for their color.

This is where it can get interesting.  Tomatoes are a standby option:  3 or 4 seeded and diced romas or a handful of halved cherries.  But if you really want to make this stand out, skip the tomatoes and go right to the juicy fruits of summer:  mangoes, peaches, nectarines.  I've never tried berries, but I don't see why they won't work.  Watermelon?  Mmm...

Cilantro:  a necessity, and in my case, about three times as much as the average person would use.  Did you know the stems contain as much flavor as the leaves?  Chop 'em up and throw 'em in.

Lime:  add the juice of one or two.  Only have lemons?  Oh boy -- you should always have limes handy in the summer!  How are you going to make margaritas??  Run to your nearest bodega and buy a bag (what chain supermarkets charge for limes is a crime).  But if not, use a lemon instead.

Vinegar.  Toss in a tablespoon or two for depth if you feel it needs it.  I use champagne vinegar but if you want a bolder taste, use a red vinegar.  Too much vinegar or acidity:  balance it with sugar to taste.

Like it hot?  Mince a couple jalapenos (or other hot peppers) and throw them in.  Or use cayenne pepper, chipotle powder, sriracha or Tabasco.

Throw everything in a bowl, toss and let it sit for the flavors to blend...or not.

If you noticed, this is a fat-free, vegan recipe (so far).  All that ends here, though.  If you want to provide a little body or binding, add olive oil by the tablespoon until you find the right consistency.  Want to bump up its belly-filler ability?  Add a semi-solid cheese with a cool, mild flavor:  3 or 4 ounces of crumbled goat cheese, cotija or queso fresco (but don't add salt until you see how much the cheese provides). 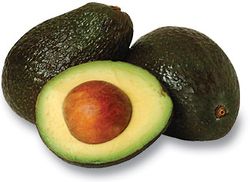 Top it with a dollop of sour cream or sliced avocado. Or both.

If you have other customizations, write them in the comments!  Or a better name?  Write that too!

**Solution to the dishwasher dilemma, run it when you go to bed.  The kitchen will be cooled off by morning.