PS 7's Is Cooking With The Spirit Of Gin 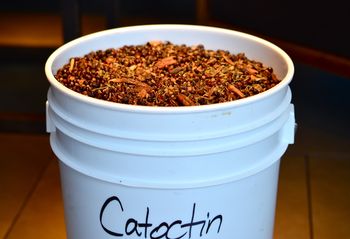 Certain things have their place. Pots and pans in the kitchen, gin behind the bar.

That said, it's hardly uncommon for ingredients to meander from the bar to the kitchen and back again. But gin has stayed put. Cooks have incorporated beer, wine and liquor into their cooking for a millennia, or whenever the French started cooking, but for all their efforts, gin has been left out of the mix, presumably for good reason.

When you consider the sheer popularity of the spirit, it's surprising that it's been stuck behind the bar, while fellow heavy weight spirits, such as bourbon, tequila and rum, are regularly worked into dishes.

Not that I'm complaining. Gin is the base ingredient for the greatest cocktail man has ever made: the dry martini (lemon twist, no olives, thanks). The ubiquitous gin and tonic, and underappreciated Tom Collins aren't bad either.

So I've been happy with gin's role in the world. Peter Smith hasn't.

The chef owner of PS 7's has brought gin into the kitchen and brought out everything for gin poached halibut to gin cured charcuterie, which age in a backroom of his Penn Quarter restaurant. Smith has figured out the key to cooking with gin is to not cook with gin at all -- he cooks with the botanicals.

Philosophical differences aside, what separates gin from vodka is potpourri. Essentially, gin begins its life as vodka, a highly distilled clear spirit. At the end of the distillation process, however, vodka is stuck into a Kettle One bottle, while gin makers add a mixture of botanicals -- principally juniper, orris root and orange peal -- to give gin its signature flavor and aroma.

Although Smith has put together dishes that play off the flavors in gin, it's only recently that he started working with the botanicals. The main problem with working with gin, Smith said, is the alcohol. It's tough to mask the alcohol and if you cook it off, you're not left with much gin flavor. His solution was to eschew the alcohol and work directly with the ingredients that make gin gin.

Smith came up with the idea during a visit to Philadelphia's Blue Coat Distillery. He noticed that the distillery typically tosses the botanicals once it's done steeping in the gin. Unlike the left over grain from beer making, which is often given to farmers to use as feed, animals can't eat the spent botanicals. So it gets dumped. Although the Blue Coat staff was a little confused by his request (and wary -- gin makers are notoriously secretive about their botanical mixtures), they agreed to send Smith 30 pounds of the spent botanicals, which the chef turned into salts, oils, powders and foams.

Smith said the idea developed from the food and spirit pairings he's done at PS 7's, including a dinner that revolved around the exceptional gin, Plymouth. The key to a proper pairing, he said, is not to have the spirit working into every dish you serve, but rather to have flavors in the dish complement flavors in the spirit or cocktail. Smith thought using the botanicals would help him weave in the gin flavors more effectively without overwhelming his food.

"You never really get the flavors you want out of the liquor," Smith said, "but you do with the botanicals."

Since that bucket of botanicals showed up six months ago, the gin & tonic halibut (left) and gin-cured carpaccio (below) have become permanent fixtures on PS 7's menu, and the gin-flavored meats, including "ginola" (breseola) and "gin belly" (pancetta), make their way to the charcuterie plate as often as they're ready. He's even built tasting menus around the botanicals.

Though he still works with Blue Coat, Smith found another botanical provider closer to the District. A few months ago, a Catoctin Creek rep came into PS7's to sell them their rye. Smith tried the Loudon County distillery's gin instead and has used their botanicals since.

As Smith continues to experiment with the botanicals, expect to see more dishes seasoned or infused with gin flavors. New tasting menus are likely on the way, as are powders and oils based on a mixture of the Blue Coat and Catoctin Creek botanicals. He's also considering building dishes around ingredients local to the Philadelphia and Purcellville, Va., distilleries, and imbuing them with the respective gins.

Smith admits that he's that he's still figuring out how to work with the gin botanicals, but he's already hunting for new discoveries. Maybe an absinth-flavored bacon or venison rubbed with salt made from fernet. At this point, who knows? The only thing that's certain is if it's behind the bar, it could end up in Smith's kitchen.

I know this event is out in Loudon County which is a bit inaccessible for some of our readers, but for those of you that live in Northern Virginia, this is probably something you should check out.

If you are unfamiliar with the event, the proceeds go to benefit the YMCA Loudon County Building Bridges Program which is a local scholarship and financial assistance program. In total, the program provides nearly $2 million in the form of camps, counciling, social services, and health and wellness programs to children, families, and seniors in need. 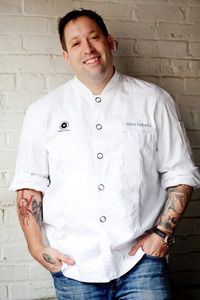 This years event has plenty of reasons to go. But most of all if you are a fan of Top Chef, Mike Isabella, formerly of DC's Zaytinya (and soon to open his own local place), is going to be one of the judges of the Dessert and Hors d’oeuvre Competition, in which restaurants from Northern Virginia compete and showcase their best of show. But of course, the best thing of all is that you get to taste every dessert and hors d’oeuvre and judge your favorites of the evening.

While all the eating is going on, you can participate in silent auctions, dance to music and drink champaigne which is all includes in the price of admission. What better way to work off all the food you just ate?!

Tickets are $70 for reserved seats and $60 for general admission ($70 at the door). The event is on February 18th from 7 to 11 PM, at the West Belmont Place at the National Conference Center. For the full details of the event, you can visit the events web site here.