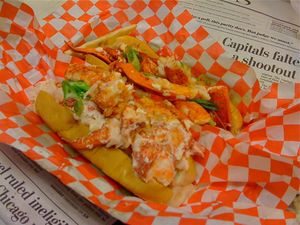 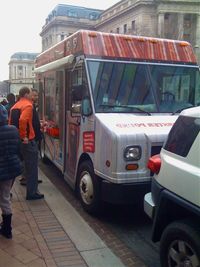 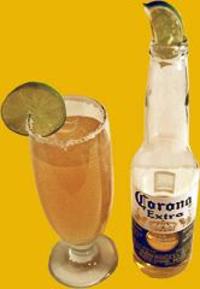 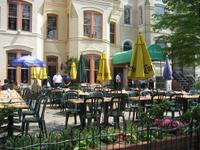 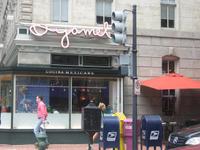 Ahhh...there's really nothing like having a nice casual dinner at your local restaurant with an outdoor dining area. Yesterday evening, while it was still nice and not raining, I took my wife for a quick dinner at Cafe Ole. It was so beautiful out, I just couldn't help it. I love to go to Cafe Ole, sit outside on their patio and have a glass of wine while eating a few of their Mediterranean tapas. The other place in my neighborhood I like eating outside at is Cafe Deluxe since they have a mighty fine Manhattan - although usually I'm ready for a nap after a couple of those and an hour or so in the sun...whiskey just does that to me.

That's Cleveland Park. In some other neighborhoods...

Adams Morgan has Straits of Malaya. Their rooftop deck is pretty nice and the food is even better.

In Georgetown you have Zed's, which I have yet to write a review of, but I certainly think their Ethiopian is the best in the city.

I didn't have my most favorite meal there, but in Dupont Circle, Firefly has a nice outside terrace for dining.

Bethesda...I remember after I saw Bend It Like Beckham with my wife at the Landmark Theater, I had an enormous hankerin' for Indian food so we went to Dhelhi Dhaba and we ate outside on the sidewalk. That really hit the spot!

Where do all of you like to go in your neighborhoods?

I really hope it's nice this weekend so I can eat outside some more.