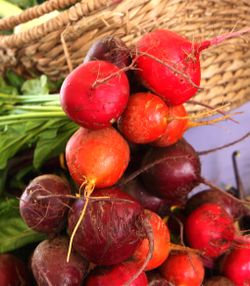 Heard around the DC Foodies blogosphere this week... Jamie Stachowski has split from Meatcrafters, according to Young & Hungry.  Although the charcuterie partnership has officially ceased, you can still enjoy Stachowski's work at restaurants around the region, including Napoleon in Adams Morgan, and Willow, in Arlington.

What was DC's loss is now Virginia's gain. Metrocurean reports that Orlando Hitzig (of the former Mark and Orlando's in Dupont Circle) will be Executive Chef at Columbia Firehouse in Old Town, Alexandria. The new Neighborhood Restaurant Group eatery will be opening in the former Bookbinders spot and will feature a classic chop house on the second floor, with a more casual American eatery on the first floor. Hormone-free meats will be sourced from the local Red Apron Butchery.

Glorious reviews are pouring in for local food writer, cookbook author and blogger Monica Bhide, of A Life of Spice on her recently-released, new cookbook "Modern Spice". Top Chef's Padma Lakshmi penned, "BEST.BOOK.EVER!".  Wow. I can attest to Monica's recipes after enjoying a crab feast and book signing at Spice Xing in Rockville, Maryland where the gentle author worked closely with the chef-owner Sudhir Seth to prepare a tremendous meal, including one of the best crab cakes (page 84) I've ever had the pleasure of eating.

This week, The District Domestic featured chef, Olivier Perrett of Ici Urban Bistro. The farmers market devotee adores his mandoline for uniformly cutting summer vegetables, and when at home, loves to cook roasted lamb shoulder with pasta. You can check out Perrett's recipe here on TDD's website.

Finally, end your week on a high note with the Scofflaw's Den's, Thai-Spiced Oval Vodka.  This creative infusion was conjured up when the SD entered a contest sponsored by the vodka maker.  And he won!  This coconut and lemongrass libation would pair nicely with Bhide's spicy crab cakes. To finish your meal, visit a local farmers market to pick up blueberries and make Adventures in Shaw's Market Week Blueberry Pie. 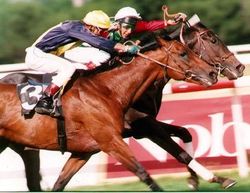 Heard around the DC Foodies blogosphere this week...First impressions are lasting, and at a restaurant, often times that first impression is left by the bread that is served before and sometimes during a meal. Take, for instance, the artisan ciabatta bread served at Restaurant Eve during their Lickety Split Lunch. Doled out with tongs onto a bread plate, each expertly tendered and aromatic slice of ciabatta waits for its pores to be slathered with Kerrygold Irish butter, then enjoyed while dipping, sopping, or just plain mopping up the remains on the plate. This level of perfection does not come easy, as Counter Intelligence's Melissa McCart discovered when she interviewed Patrick Deiss, head baker at 2941. In a post McCart wrote for Metrocurean this week (as part a "behind the kitchen line" series), she told of the baker's experience tasting breads all over the world, and then putting his knowledge and experience to work back in the kitchen of 2941.

DC Foodies wants to know: what is your favorite restaurant bread? Can you buy it retail, and where?

Since this is the weekend of the Kentucky Derby, I'll call this one like a horse race; Washingtonian beats Washington City Paper by a nose. "Damn, I keep getting beat by minutes! But I think you'll find more and better details with this blog posting over at Young & Hungry." Tim Carman wrote on DonRockwell.com, Carmen was referring to Tuesday's Washington Best Bites Blog post, published shortly before, entitled: "It's Official: Galileo is Coming Back" [in the Butterfied 9 space].

The win may have been by more than a nose. According to Washingtonian's Todd Kliman, he actually Twittered the news on Saturday. Kliman wrote on his Tuesday chat this week, " technically, the news was broken on the tweet I sent out on Saturday afternoon via Twitter ..." On Thursday, Rockwell cautioned on his site, "Just to let everyone know - as of 10 AM this morning, nothing final has been signed regarding this deal. And I heard that straight from Roberto".

More and more, it seems our DC food professionals are becoming technologically savvy in reaching out to hungry readers. This week, the Washington Post launched a new food blog called "All We Can Eat". Local blogger, Johnna Knows Good Food, noted that this is the second food blog from the WaPo, joining "A Mighty Appetite".

Makes you want to get to the farmers market this weekend and start cooking!

Finally, From Komi to Marvin wrote about a visit to Kotubuki, with tuna "so fresh that it almost literally melted in your mouth". FKtM's blog offers informative capsules of restaurant experiences, along with terrific photos. The mission: "Documenting my love/hate relationship with OpenTable in my attempt to eat at all 100 Washingtonian Best Restaurants in one year." 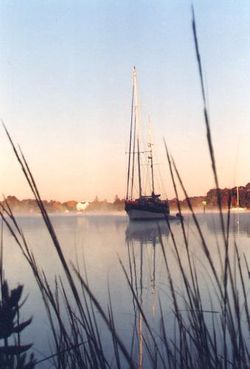 Heard around the DC Foodies blogosphere this week...I'll be starting the Weekly Blog Roundup; with a roundup. Local blogger, Foodie Tots, initiated "Blog for the Bay" on Earth Day, April 22nd. In hopes of increasing awareness about the "Chesapeake Bay Foodshed", she asked local food bloggers to write about their memories of the Bay, and issues that pertain to it. Through the internet, Facebook and Twitter, word spread, and Foodie Tots managed to roundup Arugula Files, Capital Spice, The Green Phone Booth, Capital Cooking Show, Metrocurean, Plight of the Pumpernickel, DCist, Endless Simmer, Internet Food Association and Etsy Inspiration. Congratulations to Foodies Tots.  I hope this is the first of what could be a powerful annual event.

Speculation, confirmation and equivocation best sums up the longstanding rumor that Michel Richard will be taking over the darkened Maestro space in the Ritz-Carlton Tysons Corner. This week, Young and Hungry  reported that investment packets were sent out, seeking over $2 million to develop "Michel Richard" at the Ritz, fueling conjecture about Citronelle's closing.

Following up on this report, the Washington Post's, Tom Sietsema,  contacted Chef Richard who initially denied his intention to take over Maestro, then capitulated with "maybe" when told of Young and Hungry's report. For now, the chef shared that Citronelle will "down-grade" in light of the tough economic times.

Weighing in for the Old Dominion is Warren Rojas, food critic for Northern Virginia Magazine. In his weekly Thursday chat, Rojas fielded a question about the McLean restaurant, should Richard be at the helm. "I suspect Richard would imbue any Virginia spin-off with its own distinctive character and dining attractions. In fact, I'm going to go on record as saying Michel Richard the restaurant might just blow Citronelle out of the water."

This week, DC area foodies (and beyond) were excited to learn that local blogger, writer and author Monica Bhide (A Life of Spice) released her new cookbook, Modern Spice. The book, filled with contemporary and creative recipes, is interspersed with Bhide's reflections on her childhood and family memories. Here is a link to Bhide's piece in this week's WaPo Wednesday Food section. In it, you'll find the "how-to's" of making an entertaining and delicious Indian-themed party.

For your food and drink consideration on this upcoming summer-like weekend, check out The Arugula File's Baked Fries with a Chipotle Dipping Sauce , Dishtrict's Ham Biscuits with Sunchoke Relish, and The Bitten Word's Old Fashioned.